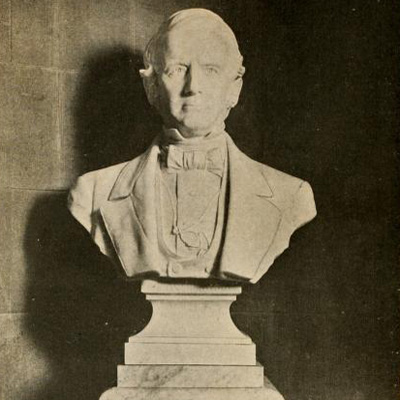 Source:  Bust of William A. Graham